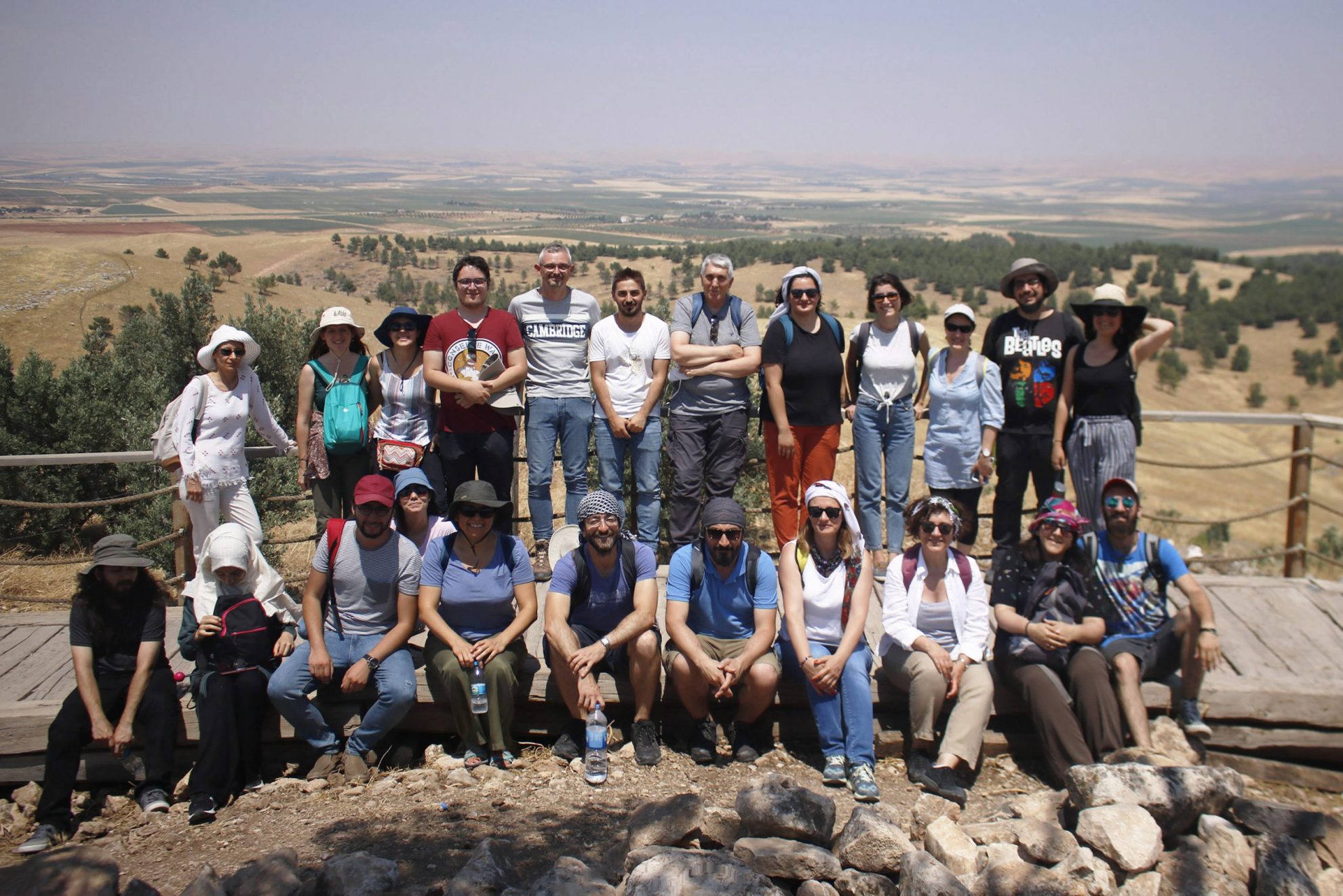 Somel worked as post-doctoral researcher on human evolution and brain ageing in China and the USA.

Mehmet Somel studied biology and biotechnology for his BSc and MSc in METU, Ankara (1996-2004). He analysed primate transcriptome data for his PhD at the MPI-EVA in Leipzig, Germany (2004-2008), and worked as computational biologist on topics including human evolution and brain ageing in Shanghai (China) and Berkeley (USA) as postdoc (2008-2013). Since 2013 he is working at METU Biological Sciences as faculty, as part of the research groups Comparative and Evolutionary Biology (compevo.bio.metu.edu.tr) and the METU Ancient DNA and Population Genetics Laboratory (adna.bio.metu.edu.tr). He is also an active member of the Ecology and Evolutionary Biology Society of Turkey (ekoevo.org).

Altınışık studied the human population history of the Beringian during her PhD.

N. Ezgi Altınışık studied molecular biology and genetics for her BSc and MSc in Istanbul University. Between 2015 and 2019, during her PhD, she worked on the human population history of Beringian and North American Arctic region in the University of Ostrava, Czechia. She worked at the MPI-SHH, Jena, Germany as a visiting researcher during her PhD. Shortly after, she joined the Department of Anthropology at Hacettepe University, as part of Human-G Lab. She is also a member of the Ecology and Evolutionary Biology Society of Turkey (ekoevo.org)

Çiğdem Atakuman has a BSc degree in Chemical Engineering from METU (Ankara, Turkey) and a PhD in Archaeology from UCLA (Los Angeles, USA). Çiğdem is interested in the Neolithic Process of South-West Asia from a variety of theoretical and methodological perspectives. Besides her ongoing excavation work at Uğurlu-Imbros Island and the prehistoric survey in Bozburun Peninsula-Marmaris, she worked at the Neolithic site of Domuztepe-Kahramanmaraş. Çiğdem and her students also work on the archaeological material from Göbekli Tepe and the material from the Early Bronze Age site of Koçumbeli that is part of the METU-Archaeology Museum collection. Formerly the Head of “the Science and Society Department” and the editor in chief of the “Science and Technology” magazine at TÜBİTAK (the Scientific and Technological Research Council of Turkey), she currently teaches at the METU-Settlement Archaeology Graduate Program while serving as the head of TAÇDAM (METU-Center for Research and Assessment of Historical Environment) and the Head of the METU-Archaeology Museum. Within the framework of the ERC project, Çiğdem will coordinate the collection of archaeological data.

Yılmaz Selim Erdal graduated from the Department of Anthropology at Hacettepe University (Ankara, Turkey). He has studied skeletal biology, paleopathology, and forensic anthropology. He has joined field studies in archaeological excavations in Anatolia and Azerbaijan. He has collected a total of 12.000 human skeletal remains dated to aceramic Neolithic to recent in his laboratory. He is a member of European Anthropological Association, International Association for Paleodontology, European Association of Archaeologists, Paleopathology Association and, Société d’Anthropologie de Paris. He has been awarded as a prominent scientist in social science and humanities at Hacettepe University and has been accepted as an Honorary Associate of Biotechnology Center at the University of Wisconsin-Madison. Nowadays, he is establishing an aDNA laboratory as Hacettepe University Ancient Gene Studies, (HUMAn-GeneS) as part of NEOGENE project with METU.

Özer contributed to the establishment of the ancient DNA laboratories in METU and HU.

Füsun Özer received her MSc and PhD in Biology from the Middle East Technical University and the University of Illinois, respectively. After completion of her doctoral degree in 2010, she started working as a lecturer in METU-Northern Cyprus Campus. In 2011, she joined the Department of Biology in METU, Ankara as a research scientist. During 2012-2014 she received postdoctoral scholarship from The Scientific and Technological Research Council of Turkey via TUBİTAK-2218 National Scholarship program. She contributed to the establishment of the first dedicated ancient DNA laboratory in METU. In May 2019, Dr. Özer joined the Department of Anthropology at Hacettepe University as an assistant professor, where she also contributed to the establishment of the Hacettepe University Molecular Anthropology and Genomics Laboratory (HUMAN_G) for ancient DNA studies. Dr. Özer has participated in several national and EU-funded projects as a researcher and principal investigator. Her research interests are archaeogenomics of human populations, ancient DNA analyses of animal domestication, conservation genetics of declining animal populations.

Sürer worked on the rehabilitation of various conditions and syndromes by means of video games.

Elif Sürer received her PhD in Bioengineering in 2011 from the University of Bologna (Italy). She received her MS and BS degrees in Computer Engineering from Boğaziçi University in 2007 and 2005, respectively. From 2013 to 2015 she worked as a post-doctoral researcher in University of Milan (Italy) in the EU Project REWIRE where she developed video games for the rehabilitation of stroke and Neglect patients. She joined METU Graduate School of Informatics’s Modelling and Simulation Department in 2015 and worked on the training of children having Down Syndrome using video games, which was fully supported by The Scientific and Technological Research Council of Turkey (TÜBİTAK). She is currently working as an Assistant Professor at the METU Graduate School of Informatics’ Multimedia Informatics program. She is funded by the H2020 project eNOTICE as METU local coordinator as of September 2017 and also collaborates as a researcher in several interdisciplinary national and EU-funded projects. She is also a mentor at METU Design Factory and bang. Art Innovation Prix. Her research interests are serious games, virtual/mixed reality, human and canine movement analysis and reinforcement learning.

İnci Togan  received her BSc degree in Physics from METU, MA in Biophysics from Johns Hopkins University and PhD in Biological Sciences from METU. She joined the Department of Biological Sciences at METU in 1972 where she thought and researched mainly population genetics until her retirement in 2015. Her long term interest in ancient DNA studies led her to the establishment of a dedicated aDNA laboratory at METU in 2013 which contributed for the development of NEOGENE project.